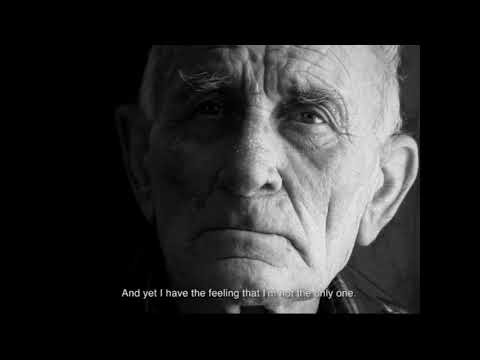 A mysterious virus that causes amnesia in its victims is on the loose in a dystopian society. The people call it “night” because it infects the brain, eating away at memories and leaving nothing but darkness. To protect its citizens, the State steps in with a program to harvest and archive their memories. But is it all just a plot to control the population? A poignant drama composed entirely of 20th-century footage retrieved from the Royal Belgian Film Archive, Night Has Come gives new meaning to old images as it raises pointed questions about thought control and resistance. Not to mention, the film itself resembles a kind of memory harvest.

“Downright daunting in its scope and miraculous in execution.” Art Technica

In collaboration with the Cinémathèque québécoise

In the far-distant future, a highly evolved race of humans is about to go extinct. Surreal monuments sitting derelict in the landscape are the sole...

Rubio de Camelle is a deep-sea diver who has recovered the bodies of over forty shipwreck victims. He lives in a coastal village in Galicia, where time...

A documentary essay on the archeology of place, time and language, on the birth of a phrase or an image. The Republics follows poet Stephen Watts on a...